And I emphasize on was front page of the internet.

You can be one of the biggest companies existed on earth, but you can’t stop change.

So how does it work, being the front page of the internet?

Using Google is a part of our daily routine now, even integrated into English as a verb, Googling. But Google is neither the first search engine nor will it be the last. W3Catalog, which probably most of the people never heard of was the first search engine that was built in 1993. There were many others created before and after Google as well. But the company successfully managed to separate itself from the others in the last two decades and became a monopoly, so far.

The Google search engine is a type called “Crawler Based Search Engine”. Which basically searches everything in the public internet, indexes sites and publishes them. It is the same with Bing, Yahoo, and Baidu.

Even if you don’t realize there are many other kinds of search engines, mostly specialized in an area. For example, Facebook search is the biggest search engine for finding people. Or if you want to search for a specific product, Amazon or AliBaba is where you go. If you are looking for a job, you don’t just go to Google and write “Engineering jobs in Milan”. You go to LinkedIn for it. These search engines are not working on all the internet but only on their own domain. Therefore they already have the data they are indexing, and most of them are not even public.

Of course, Google does not like it. It wants everyone to search on its platform and everything accessible on its site. That is why it started to put products, videos or even parts of Wikipedia pages in your search results.

Long story short, it is not too long until we find out that there is a specialized search engine for anything we are looking for. When that time comes, Google will only be used to reach that search engine. Like now Internet Explorer is only being used to download Chrome, Safari, or Firefox.

Of course, you like your product! But, do your customers?

It’s not about the product, but the customer experience! 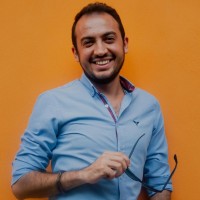 Digital business & digital marketing enthusiast as well as a computer engineer, website developer, and search engine optimization specialist. Mainly based on the Internet, but also in Milan, Italy.

Want to know more about Digital Businesses? Sign Up!

This site is about personal opinions and works of Emre Danisan mostly related to digital businesses, technology and digital marketing. He has experience in various companies especially in the sectors of Information technologies, digital marketing, and tourism.

The advice given here are only personal opinions and it is up to each and every one of you to decide to implement it or not.